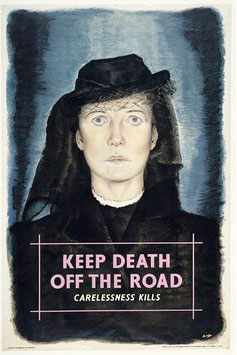 After the War the London Accident Prevention Council utilised a poster of a widow in mourning with the slogan 'Keep Death off the Roads'. This caused a considerable amount of controversy at the time from groups who thought it was too shocking. In the 1960s the 'Mind that Child' campaign was particularly successful and is still a poignant reminder of the vulnerability of children on our roads even today.

1979 saw the International Year of the Child and the LAPC responded by producing a poster entitled 'Road Safety is about Caring'. In addition a road safety story competition was arranged in Junior Schools and a poster competition was conducted in Senior Schools. Not all campaigns have followed traditional formats.

In 1981 a campaign entitled 'Courtesy Cools' was conducted which imitated an advert for a well-known cola manufacturer. The poster was aimed at promoting more courteous driving on the part of younger drivers and used phraseology that was in vogue at that time and which would have appealed to the younger age groups being targeted.

1984 saw the use of the 'Drive Safely - Think CAT' campaign, once again aimed at improving driving standards - CAT being a mnemonic for Concentrate - Anticipate - Tolerate. This incorporated another innovative approach. Apart from posters, leaflets and radio advertising, a competition to provide a 60 second television commercial was run between Senior Schools. The winners received a micro computer for their school.

In 1985 a campaign aimed at Senior School pupils used a computer graphics approach to promote pedestrian safety to the 11-16 years age group. 'Use LOGIC - Stay Alive' was popular because of the PAC-Man symbol utilised in the posters, leaflets and exercise book covers which supported the campaign. LOGIC was a computer language and also a mnemonic for "Look Out Go If Clear". The European Road Safety year in 1986 was a landmark in the history of the LAPC when it decided to embark on an ambitious project to promote parental responsibility. It was decided that a full colour booklet would be produced giving advice to parents on all aspects of road safety and advocating that they take an active role in educating their children and promoting road safety generally.

The 'Caring Parent' campaign was launched in 1987 and has been highly successful with some five million copies of the booklet being purchased by local authorities and other organisations both in London and throughout the United Kingdom. This was followed by the 'Caring Driver' booklet two years later of which half a million copies were produced.

The early 1990s saw the LAPC concentrating on producing materials relating to the use of seat belts and child restraints, to ensure that the public understood the changes in seat belt legislation (particularly those which related to children) which were being made at that time. These included a leaflet entitled 'Child Passengers and the Caring Driver' and a poster campaign bearing the legend 'Is Your Child Worth It', aimed at encouraging parents to ensure that their children were 'belted up'. This was printed in a range of ethnic languages communicating the message to the mix of races which make up London's populace.

In 1993 the LAPC commenced a partnership with London Transport Buses (LTB) which saw the launch of three campaigns. The original 'For Your Safety and Convenience' poster, launched by our Patron the Lord Mayor of London in November 1993, was devised to both mark the European Year of the Older Person and to deal with heightened concerns regarding injuries sustained by bus passengers, particularly the elderly.

This was followed in 1996 by the 'Safety and Comfort' campaign which, in addition to posters aimed at bus passengers in general, included a defensive driving video for drivers and the enlistment of the DSA to carry out driver quality monitoring.

There followed a joint campaign with LTB which was aimed at pedestrians, and in particular foreign visitors to London, who might step out into the road after looking in the wrong direction. Materials including posters and postcards which carried the strapline 'STOP - LOOK BOTH WAYS' were being displayed widely throughout London.

In 2009 the charity changed its name to the London Road Safety Council, with broadcaster Nick Ross as its President. Since then it has gained a good reputation for producing educational resources for its members as well as providing professional training for officers. Our quarterly meetings are held at the City of London Guildhall and are an opportunity for members to learn about best practice and to keep abreast of developments in the road safety sphere. 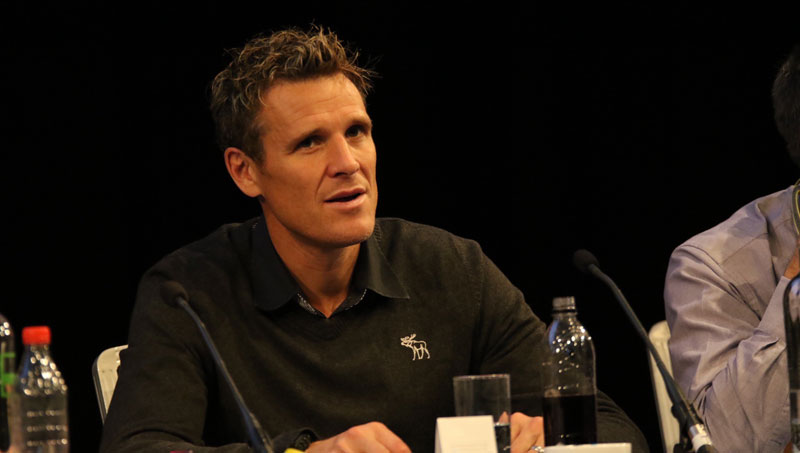 In 2015, James Cracknell OBE (above), one of Britain’s most successful and best known Olympians, took over the role of President of the London Road Safety Council.

The London Road Safety Council is proud to have as its Patron the Lord Mayor of London whose generosity extends to hosting all of our regular meetings at the City of London Guildhall.

In 2019, the renowned road safety academic, professor Nicola Christie, was elected as the new President of the London Road Safety Council.